Hesse Minister of the Interior Peter Beuth has hailed the awarding of Germany’s first federal sports betting licences as a breakthrough that ends years of uncertainty. 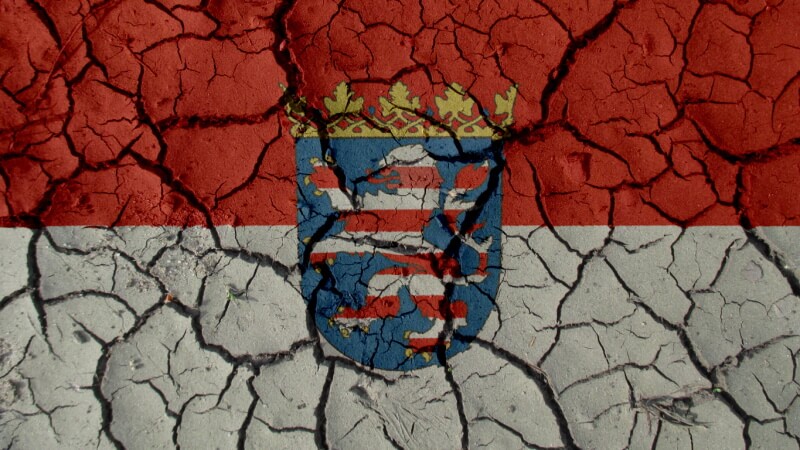 The Regional Council of Darmstadt has today (12 October) confirmed that 15 permits have been issued, with GVC Holdings, Gauselmann Group’s Cashpoint Malta subsidiary, and Tipwin having already announced they are among the recipients.

The other licensees comprise a number of local and international betting brands. GVC – with Ladbrokes, Sportingbet, bwin and Gamebookers – accounts for four certifications alone. Bet365 has also been licensed, alongside Novomatic’s Admiral Sportwetten and local giant Tipico.

I.B.C Sportsbetting has been approved to offer betting via its WettArena.de domain, as has Neo.Bet operator Greenvest Betting, Jaxx and Tipbet operator Tipin.

Playtech’s German-facing sportsbook brand HPYBET has also been approved, while BetVictor – which will also run sites branded for the country’s leading tabloid Bild, rounds out the 15 licensees.

The fifteen licensees account for around 75% of Germany’s sports betting market, based on the operator’s 2019 results, and has been facilitated by the Hesse Administrative Court’s decision to dismiss a lawsuit that halted the process in April.

In the wake of the Administrative Court ruling, the Regional Council will now look to work through the 46 applications filed since the process began from 2 January.

“This ends a long stalemate in Germany’s regulation of gambling,” Hesse Minister of the Interior Beuth said.

“Going forward, the following applies: Those who adhere to the important rules for the protection of players and minors can also offer legal sports betting,” he explained. “Only with a strictly controlled offer can the goals of the State Treaty on Gaming be implemented and the illegal growth of the black market ended.

“Our goal is not that as many people as possible bet on sports results, but that the players gamble in a state-regulated environment and not be driven towards illegal operators. The Regional Council of Darmstadt has built up a great deal of expertise in the regulation of gambling and will closely monitor the sports betting market.”

Operator association the Deutscher Sportwettenverband (DSWV), meanwhile, hailed the issuance of licences as a “historic day” for Germany.

DSWV president Mathias Dahms said that after German bettors staked €9.3bn (£8.4bn/$11.0bn) in 2019, regulation was finally catching up with the realities of the market.

“We are grateful to the responsible Hessian Ministry of the Interior and the Darmstadt Regional Council for always pushing ahead with the approval process in a serious and results-oriented manner, even under difficult political and legal conditions,” he said. “Now, in the constructive exchange between the authorities and providers, the license conditions must be carefully designed and the black market systematically dried up. “

The decision to award the licences brings to an end a process that has found itself beset with challenges since 2012. While the first licensing process was completed in September 2014, it was halted by a legal challenge, which ultimately saw the 20-licence cap set out in the third State Treaty on Gambling ruled illegal.

Beuth then began advocating for the licence cap to be lifted from 2015 onwards, though this was only finalised and ratified by Germany’s member states, with the third amended Treaty coming into effect from January this year, ahead of a wider overhaul of the regulatory framework.

This ultimately resulted in the Glücksspielneuregulierungstaatsvertrag (GlüNeuRStV), that was agreed in March and is due to come into force from 30 June 2021, opening up the regulated market to online casino for the first time.

From 15 October, a transition period will begin, during which operators can offer online slots and poker, provided they comply with the terms of the GlüNeuRStV. This means slot stakes will be capped at €1 per spin, while table games – which states have the option to grant a monopoly over – will remain prohibited.

The legislation was notified to the European Commission in May this year, and was subject to a standstill period that was extended until 18 September.

For sports betting, the new licensees will be required to integrate with the national self-exclusion system OASIS, and have their betting markets approved by the Regional Council.

Online betting activity will also be monitored closely, while strict new verification processes must be put in place to prohibit underage play. Licensees will also be required to secure a permit from the district authorities of Düsseldorf in Nordrhein-Westfalen, which is responsible for overseeing advertising per the third amended State Treaty.

GVC’s licence announcement also confirmed that the €1,000 monthly spending limit for sports betting customers, and the €100 annual bonus cap, will also be in force. However, limited numbers of customers can apply to have their spending limit increased to €10,000 or €30,000, provided they undergo enhanced due diligence and monitoring.

This, GVC said, would likely reduce earnings by up to €40m per year, with the operator having already noted that the regulations for online casino set out by the GlüNeuRStV will cut EBITDA by up to €70m.

While the first licences have been awarded, it remains unclear by when operators will be expected to comply with the regulatory conditions set out for their sports betting licences. GVC said it was in discussions with the authorities for this process, and expected to be fully compliant by early 2021.