Robin Harrison talks to the local operators and lobbyists involved in the early stages of the Netherlands’ regulated igaming market. 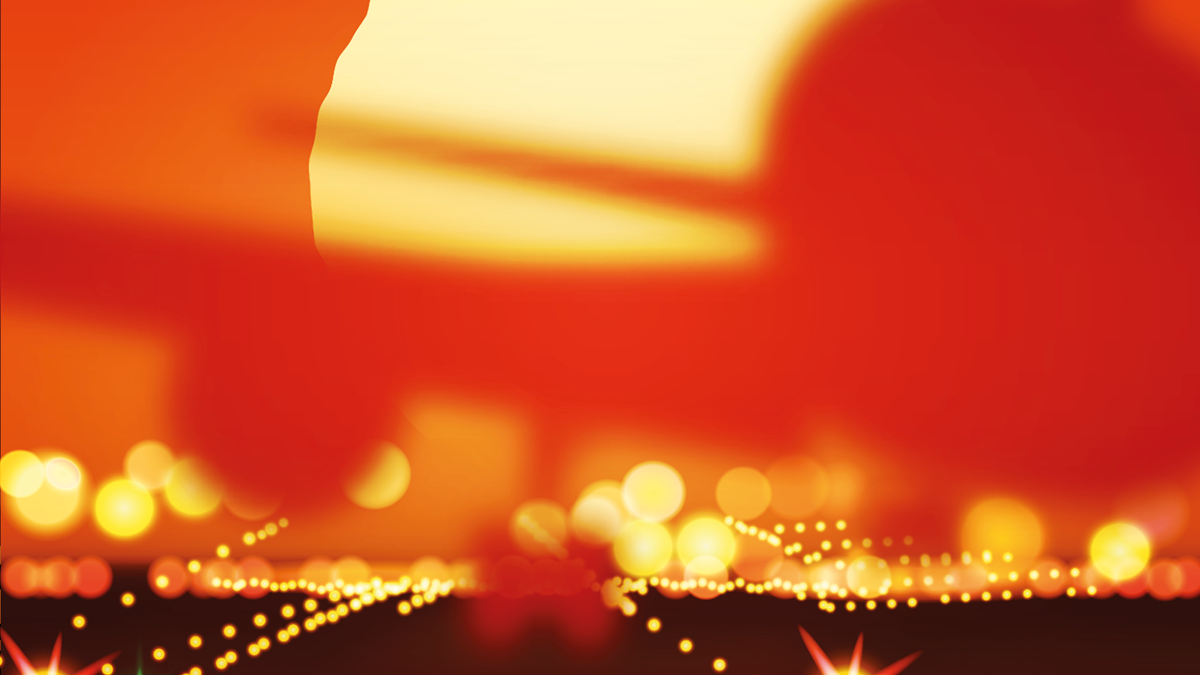 Online gambling regulation in the Netherlands was discussed as far back as 2009 yet only launched in October 2021.

And the operators licensed were different to what the industry had expected. The local incumbents, Nederlandse Loterij (NLO) and Holland Casino, were among them as were international brands such as Bet365 and Tombola.

A host of high-profile names were conspicuous by their absence. The likes of Entain, Betsson, 888 Holdings and Kindred Group pulled out, having passively accepted bets from local consumers.

This led to a “deluge” of players coming to Holland Casino, according to director of digital transformation Jeroen Verkroost.

“We were over the moon but completely understaffed and had to shift from first to fifth gear almost immediately, which came with some teething problems,” Verkroost recalls.

Sam Depoortere, business director for NLO’s Toto sportsbook and casino, admits the private operators having to wait for licences was “a pleasant surprise”.

But it has not curtailed the illegal market entirely. Channelisation, he says, is still affected by illegal operators, especially Curaçao licensees.

“The goal was to have 85% channelisation, and I think it is about 65-70%, which is good, but there’s still a big number of illegal parties that are not being discouraged from targeting the market.”

“That was of course not the intention; the intention was to punish the operators that had been breaking the prioritisation criteria rules before,” he says. That distorts competition in favour of the first wave.

“Before, it was the expectation that being passively available to Dutch customers during application was admissible,” he says.

“It became clear halfway through September, [from] a bombshell letter sent by the minister at the time, that he would instruct the KSA to enforce the rules more strictly. Because channelisation was possible as a result of the launch, [they could] convince operators to leave the market until they had a licence to operate.

“That was a surprise to the market, I don’t think anybody saw that coming. There have been some effects, and of course the first-to-market operators clearly have benefited from this.”

Verkroost, however, is more forthright, objecting to the idea that these international brands were held back from the market: “All of the brands knew the rules,” he says. “It is not something that happened to them, it’s their transgression. To talk about these companies being ‘forced out’ or ‘kept out’ of the market is unjustified.”

Of course, the likes of Holland Casino and NLO, as established and visible brands in the market, were beneficiaries. BetCity, a local brand since acquired by Entain, is often cited as another.

Based on numbers published by regulator de Kansspelautoriteit (KSA) in its 2021 report, gross gaming revenue for the fourth quarter of 2021 came to €185.5m.

Toto has been in the market since 1957 and even had an online presence prior to launch as a monopoly operator. But Depoortere points out it lacked a full product offering, with no in-play betting or casino.

“We grew during that time but we were fighting with one hand behind our back, as we advertise but we couldn’t offer the best player experience,” he says. “Was there a benefit to being the only legal provider in the market? I’m not sure there was much of a benefit – for the brand building, yes, but in terms of the offering, no.”

Its market share two years ago was only around 10%. “There was a massive black market, as you can see from all the international operators.”

There was also little to do to prepare before the technical specifications came out six months ahead of launch, even though Holland Casino had partnered Playtech for igaming as far back as 2014, Verkroost adds.

“Developers being developers, they like to see the specs before they launch anything,” he says. “Part of the specifications were released late 2020 and another part only followed in early 2021, so it took us until then to know what was allowed and what wasn’t, and what tests we would be subjected to before we could begin the work.”

These incumbents have also been unable to cross-promote with their retail customer bases. “This is a real disadvantage even for an incumbent like Holland Casino. We didn’t have a database we could reactivate, similar to the operators going through the cooling-off period. We had to start from scratch.”

NLO, even with its limited sportsbook offering, had a similar issue, launching separate apps for its lottery and betting products more than a year ago, to split retail and online.

Between the two, they make up 56.6% of the market. This could well change as a host of private operators’ licence applications are approved – at the time of writing Kindred Group has been cleared for launch.

Whether the first few months of activity have given the local operators a “head start” remains to be seen. “I think it depends on which brands,” Depoortere says. “If you look at two or three international operators that were illegally active for a number of years, they have built good brand recognition and strong player bases.

“With that in mind I think it is maybe levelling out, rather than giving us a head start.”

Whether there was in fact a gambling boom is up for debate. De Goeij is not convinced. He points to comments from KSA chair René Jansen suggesting 634,000 accounts were created in Q4 2021.

“This does not mean there are so many players [on legal sites] in the Netherlands,” Jansen said in March. “An unknown number of players have an account with several providers. So there are fewer than 634,000.”

“So, there was no boom,” de Goeij says. “Having said that, the perception has been quite different, particularly in regards to advertising.

“We went from a situation where there was no advertising, to a lot of ads from 1 October; a 100% increase.”

Depoortere argues the illegal market made advertising crucial, if state-owned entities such as NLO are to fulfil their goal of leading players to regulated offerings.

“To do that, if you have a market that was 90% illegal previously, you need to advertise to show who has a licence and who does not,” he explains. “As a result, there was a massive amount of advertising for all the legal companies.”

Previously there was just one brand appearing on TV, NLO. “[Suddenly] there are nine more brands putting on their own promotion and competing for TV advertising. You will obviously notice that. That is a clear consequence of opening the market. Every company after putting in the effort to secure the licence has the right to advertise.”

Verkroost agrees with de Goeij, acknowledging that the industry has gone from “zero to 100 in two seconds”, but the public needs time to adjust, especially with the channelisation goal in mind.

“It’s been a shock for some people I’m sure but I think it’s the right thing to do,” he adds. “You don’t build a safe space and then not tell anyone about it.”

That’s not to say licensees, and the industry, haven’t taken action to roll back advertising. Holland Casino had cut advertising by 50% compared to launch volumes and has never offered bonuses to under-24s.

“Some of our competitors are not backing down,” Verkroost adds. “I can see it eating into our market share but it’s a cowboy world; we want to be the cowboy with a white hat, the guy you feel is on your side. The behaviour we’ve shown is consistent with that ambition.”

There has also been action at an industry level, which Depoortere says was due in part to TV companies not agreeing to a set number of commercials per advertising block.

“That’s why we took the initiative to set up the Reclamecode Online Kansspelen, and we are a member of [operator association] Vergunde Nederlandse Online Kansspelaanbieders (VNLOK),” he says. “Now there is no radio, no print, no outdoor advertising and we only advertise from 10pm onwards, rather than 9pm.”

The Reclamecode was developed by VNLOK and supported by NOGA, and de Goeij sees these self-regulatory measures as addressing problems with the Remote Gambling Act.

“The problem in the Netherlands is there are rules about the contents of the advertising, such as ‘restraint’. The total volume of advertising is not restricted by law,” he explains. “On one hand you ask the operator to compete, fight for market share and be responsible, and on the other hand you don’t want an aggregated volume that goes beyond a certain level.

“It’s almost naive to think that a market in which competition is ferocious, especially at opening, let the industry ensure that the total volume doesn’t get out of hand.”

This, he continues, could potentially limit the impact of the international brands as they finally secure licences, something he says could be a concern.

“It will be hard if you come into the market and don’t have the possibility of advertising at all, so hopefully we’re not going to end up in a situation where there is no advertising whatsoever.”

This seems unlikely in de Goeij’s view. It would constitute an unjustified restriction on freedom of expression. A ban would be “acting on fear and assumptions instead of facts and figures”.

And as the market approaches its first anniversary there is still plenty of scope for upheaval, with a wave of newcomers on the horizon. Depoortere estimates that as many as 30 operators could be angling for a licence.

That, in turn, could exacerbate the problems around advertising, testing the industry’s self-regulatory measures and the effectiveness of the government’s new measures.

Verkroost believes that only consistent, high standards will help the industry settle into a rhythm. “We’re trying to get to a place where online gaming is a normal part of society,” he says.

“Society [has to be] aware that there are risks, but they are being actively monitored and mitigated by us in order to provide a safe environment for everyone.”