After agreeing to snap up the William Hill International assets, 888 is now under pressure to successfully integrate the business and use its newfound scale to grow its market share. 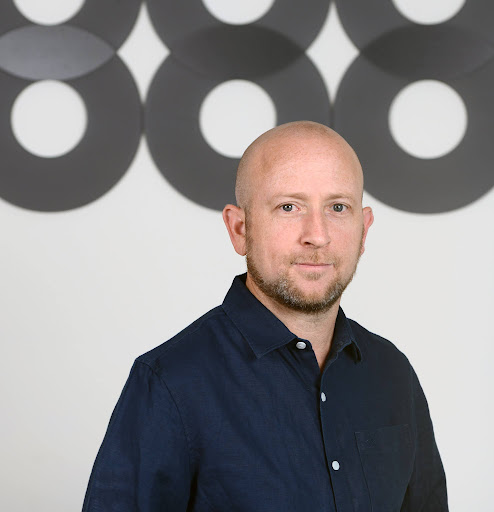 The operator announced the £2.2bn (€2.61bn/$3.02bn) deal last week, having earlier revealed that it was in “advanced” talks with William Hill owner Caesars over a potential purchase.

Caesars itself had acquired the William Hill business earlier this year for £2.9bn, but – having snapped it up for the US operations and tech – immediately set out plans to dispose of the international assets.

888 chief executive Itai Pazner (pictured) noted that the deal drastically changes the scale of the business, as well as giving 888 a more diversified balance between betting and gaming as well as between online and retail.

“WIlliam Hill International is all of the original William Hill PLC except for the US business,” he explained. “It includes all of the technology and brands, and critically all of the talented people, with over 10,000 new colleagues.

“As a result, the transaction critically enhances the scale and diversification of the business, particularly in betting.

Ivor Jones, analyst for Peel Hunt, noted that while 888’s success across a number of markets suggested it may already be suitably diversified, the scale it achieves through the deal would be more important.

“We think the scale is more important than the diversification; 888 had already demonstrated its ability to operate in multiple markets successfully,” he said. “The additional scale will most obviously provide cash from more mature markets to recycle into driving growth in the US with the new Sports Illustrated sportsbook brand.”

Pazner added that WIlliam Hill had been building momentum, with its market share in the UK increasing in recent months. This, he said, was down to “good marketing, good product and good customer satisfaction”.

Despite being an online business, Pazner said 888 would retain William Hill’s network of betting shops, the largest in the UK.

However, 888 chief strategy officer Vaughan Lewis did note that 888 might choose to focus more on some brands than others, leading to a possible de-emphasis of secondary brands such as Mr Green in markets such as Great Britain, where the William Hill brand is already strong.

“We’re not going to operate all brands in full force in each market,” he said. “We’re going to see which brands deliver the greatest returns in each market, and keep other brands as more of what we’d call tactical brands.”

The auction following William Hill’s acquisition by Caesars did not mark the first time that a combination between 888 and William Hill had been proposed. Rank Group had previously paired up with 888 to bid more than £3bn for the operator, in 2016, but that offer was rejected.

Lewis noted that there was a reason why the merger had been a much-discussed topic for many years.

“This is a combination that’s been discussed many times over the years,” he said. “The reason it’s been discussed so much is just how powerful the strategic logic of the deal is. It creates a really well diversified revenue mix.

“The combination strongly enhances our position in key regulated markets, which represent our most attractive growth opportunities. We’ll continue to provide best-in-class products combining the best of both 888 and William Hill.”

That, Jones noted, helped ensure a high sale price. But he added that 888 had a clear path for the deal to deliver value at this price.

“Inevitably the auction process pushed the price up beyond what we had thought the assets would sell for, but 888 has demonstrated how it will be able to create value for shareholders by extracting cost synergies and achieving higher revenue growth and margin from enhanced market shares in key markets,” he said.

Regulus Partners, meanwhile, pointed out that with the deal complete, Caesars’ acquisition of William Hill could now be judged more clearly. With the net price paid after the disposal of non-US assets coming to around £1bn, it said the acquisition “seems a win-win deal at a highly attractive headline price”.

Regulus Partners also noted that the deal scaled up 888’s operations in a number of ways “that are hard to replicate organically or with nearly any other deal”, such as growing 888’s UK market share four-fold.

But Regulus also noted that there was a difference between a compelling deal on paper and a deal being well-executed.

“While the strategy is compelling, execution will be the big test, especially since neither company has a great M&A track record,” it said. “Further, the recent momentum seen in the UK by both 888 and WH means that there is something positive to mess up.”

Jones expressed a similar sentiment about the challenges of integration.

“Execution is key, there are decisions to be made; over management, technology, brands, marketing that need to executed decisively,” he said, “The companies have either to demonstrate that they have the relevant integration skills in house or to bring in outside expertise.”

Regulus argued that there were six different ways the deal could go, depending on strategic and operational execution as well as regulatory questions related to factors such as the Gambling Act review.
However, it said that of these six scenarios, only one – in which the deal would be “operationally poorly executed with tough regulatory headwinds” – was truly negative, which it said shows the logic of the deal.

Ultimately, Jones said the deal was likely to be judged based on whether the newfound scale allows the enlarged 888 to become a player in markets that it may have struggled to break into otherwise.

“Beyond the initial integration phase the deal will be judged a success if the new group can take market leadership positions in territories where 888 or William Hill appeared to be permanently minor players or else excluded,” Jones said.