Sweden's gaming regulator Spelinspektionen has found three operators guilty of operating without the appropriate licence and ordered them to leave the market. 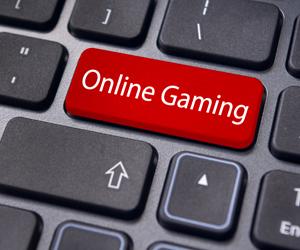 Cerberlot NV, Digi Markets NV and Prism Marketing Limited have all been suspended with immediate effect.

Cerberlot, which operated fortuneclock.com and Prism Marketing Limited, which ran the Goldenaxecasino brands, have both been found guilty of directing their marketing to Swedish customers directly. Digi Markets, which operated spinmillion13.com, was found to be doing the same through affiliates.

All three sites were found to be in violation of sections 2, and 3 of the Swedish Gaming Act. Section 2 concerns directing games towards the Swedish market, while section 3 addresses needing the proper license to provide games – unless given special dispensation by the law.

Speaking about the three websites, Spelinspektionen representative Robert Larsson said: “The Swedish Gaming Inspectorate considers with regard to consumer protection and to guarantee the safety of the game that it is important that the decision is complied with immediately. The decision shall therefore apply immediately.”

According to the regulator’s strategy for tackling unlicensed activity, published in December last year, the order to leave the market is the first step in the enforcement process. Those that fail to comply will then be hit with fines, and should this fail to deter the operator, it will turn to the police.

The online gaming market has been up and running within Sweden since 2019, but the regulator has faced the challenge of stopping players from using unlicensed black market sites. Industry association BOS has repeatedly argued that the country’s recently-extended SEK5000 deposit cap for online casino has played a major role in the country’s low rate of channelisation.