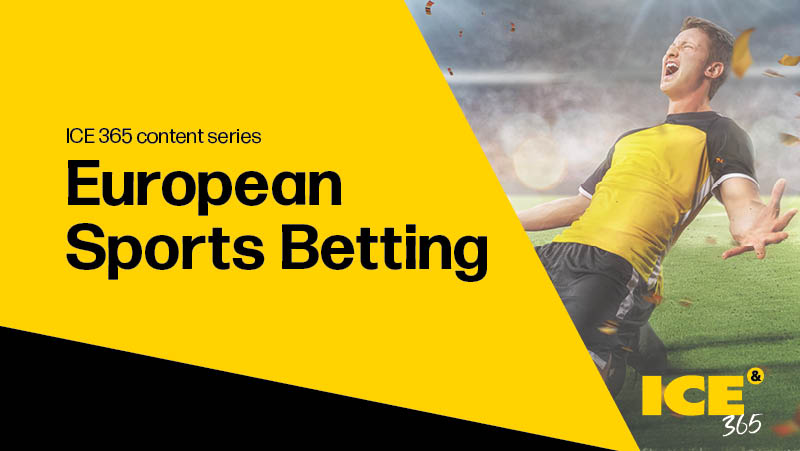 Clarion Gaming has already brought you in-depth series on technology and US sports betting, and now ICE 365 turns its attention to the European sportsbook market.

The ICE 365 content series continues with in-depth analysis of an evolving European sportsbook market, where regulatory change is moving into established jurisdictions such as Great Britain, Spain and Italy, as the likes of Germany and Sweden get started.

This situation has seen a new model of regulation emerge in which regulators are more proactive in cracking down on any perceived wrongdoing, and more restrictive in how bookmakers promote their services and engage with customers.

ICE 365 covers these developments through the regulatory round-up series, as well as country-by-country analysis from a number of key established and emerging markets and discussions on retail and marketing.

Start watching the European Sports Betting series now. Content will be released daily throughout the week and into next.

Tech Futures – This features video, insight pieces, features and webinars, all nicely rounded off with our Tech Futures survey & report.

US Sports Betting – Bringing together state regulators, leading operators such as DraftKings, sports franchises and more, this provides insightful, intelligent and actionable analysis on the most exciting sport betting market worldwide.

The focus shifts back to the US in April, with an exploration of the tribal gaming market. Native American gaming operations account for around half of all gaming revenue on the continent, and the Tribal Gaming series examines what role these operators play in an evolving and expanding market.

Next comes the Esports series, designed to give the gaming industry a better understanding of how and why this vertical will become a key feature of future growth strategies.