Shareholders of London-listed lottery brokerage Zeal Network have voted in favour of necessary preconditions for the company’s disputed takeover offer for its former subsidiary Lotto24. 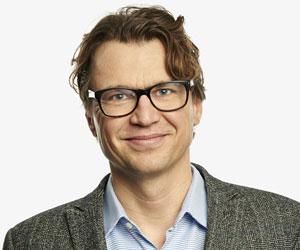 Shareholders of London-listed lottery brokerage Zeal Network have voted in favour of necessary preconditions for the company’s disputed takeover offer for its former subsidiary Lotto24.

At the meeting, which was held despite lottery betting operator and Zeal shareholder Lottoland calling for its postponement, 60% of shareholders voted in favour of the required capital increase to facilitate the all-share deal.

Shareholders also waived the requirement for Günther Group to make a full takeover offer for the combined business, with 51% voting in favour of this move. The investment vehicle will own 30% of the combined Zeal and Lotto24 business, meaning that under German company law it would have been required to file a bid to take full ownership of the new entity. Günther Group was not able to vote on this resolution.

“Our plan to reunite Zeal and Lotto24 offers a fantastic opportunity for sustainable growth and creates significant value – for shareholders of both companies, customers and the German Federal States and their lottery beneficiaries,” Zeal chief executive Dr Helmut Becker (pictured) said.

“We are pleased that Zeal’s shareholders share our vision and today approved the important preconditions which now enable us to make our offer for Lotto24,” he continued. “We look forward to launching our offer to Lotto24 shareholders shortly and to bringing our organisations together.

Plans for the acquisition, which would see Zeal retake control of the subsidiary that was spun off in 2012, were first announced in November 2018. The deal aims to create a lottery brokerage giant, with billings of around €500m (£440.7m/$570.1m), a customer database of five million and a diversified international footprint.

However, the acquisition has been attacked by Lottoland, which claims the deal will only benefit a small number of shareholders, and destroys value for the majority of investors. The lottery betting giant first attempted to have today’s Extraordinary General Meeting delayed – something Zeal said would force it to withdraw its offer – then lodged a €76m bid for Zeal’s Tipp24 business.

This offer was rejected by Zeal, which said the bid significantly undervalued its German business, and would strip the business of its most valuable asset.

Having secured shareholder approval for the Lotto24 acquisition, Zeal will announce the beginning of the acceptance period for the takeover once its Offer Document is approved by the German Federal Financial Supervisory Authority (BaFin). It expects the acceptance period to begin by the end of January.