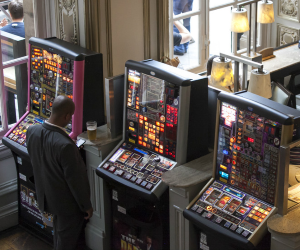 55 gaming devices were seized in the raids, which took place over a three day period and were carried out in tandem with the State Police Directorate.

One venue had a record 12 machines confiscated at once, and some venues which had been checked previously exhibited new devices which had to be taken away.

Austrian finance minister Gernot Blümel said: “Upper Austria is one of the hotspots for illegal gambling in our country. Since August alone, more than 200 machines have been successfully withdrawn from circulation through targeted actions by the financial police, giving the criminal scene an enormous blow.”

Upper Austria has been the site of a number of other similar illegal gambling raids – Linz was targeted in an August 2020 raid which saw 38 machines taken.

Two more illegal gambling venues were raided back in February, and a further 17 were investigated in June.