5 minutes read
The UK government has announced plans to ease novel coronavirus (Covid-19) measures in England, allowing for betting shops to reopen across all areas and spectators to return to sports events in certain regions. 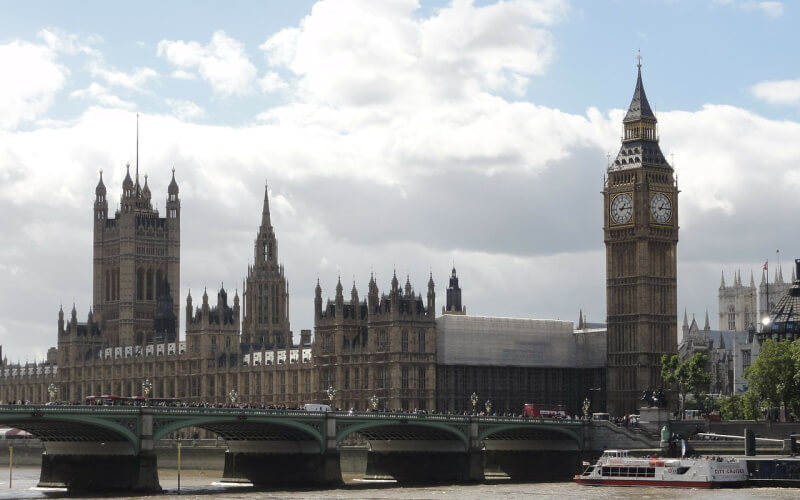 Prime Minister Boris Johnson last night (23 November) confirmed England will exit its national lockdown on 2 December and return to the tiered system that had been in place prior to locking down on 5 November.

The tiered, regional approach will again see areas of the country face different restrictions, depending on certain factors such as case numbers, reproduction rate – or R number – and pressure on the local NHS.

Certain measures across the tiers have been strengthened to help prevent any further spread of Covid-19 after England exits lockdown next week, but the Prime Minister also set out how other restrictions would be eased.

These include allowing all forms of retail to open in all regions, regardless of which tier they are placed in. As such, betting shops, which have been closed during lockdown and had been forced to shut in regions with tier three measures, will be able to remain open.

However, leisure facilities will again need to close if their local area is placed in tier three, which will mean casinos would need to temporarily shut until the area is downgraded to at least tier two.

One of the other major changes announced by the Prime Minister was that fans will be permitted to attend sports events for the first time since March – with the exception of certain trial events in between – but this will be limited to venues in tier one or two.

A maximum of 4,000 fans, or 50% of a venue’s capacity, will be allowed into outdoor stadiums such as football stadiums and racecourses in tier one. Some 2,000 spectators will be permitted in tier two, but sporting venues will remain closed to fans in tier three regions for the foreseeable future.

Indoor sporting events and fixtures in tiers one and two locations will be able to host a maximum of 1,000 fans or 50% of stadium capacity, whichever is lower.

The tiered system will remain in place until at least March and the government will set out what areas are placed into which tiers later this week, with the Prime Minister having warned more areas face being put into higher tiers than before lockdown.

The Prime Minister also said he has held discussions with ministers in Scotland, Wales and Northern Ireland about a wider relaxation of rules over the Christmas period, with more people allowed to mix indoors for a set number of days.

All other restrictions would remain in place and each country would return to its previous system after this period ended.

Reflecting on the news that betting shops can reopen across England, Betting and Gaming Council (BGC) chief executive Michael Dugher said this would ease a lot of worries across the sector in terms of job losses. Last week, Dugher said betting shops would introduce stricter rules if it allowed them to continue operating.

“On top of the stringent anti-Covid measures betting shops already adhere to, our members have agreed to further restrictions to limit any chance of Covid-19 being transmitted in their premises,” Dugher said.

“We now look forward to England coming out of lockdown next week, with betting shops back contributing to the Exchequer and playing their part in helping power the country’s economic recovery.”

However, Dugher also criticised the government for its plans to close casinos and other leisure venues in tier three regions, repeating his previous argument that there is no proof such facilities significantly contribute to the spread of Covid-19.

“Casinos are best-in-class amongst the hospitality sector when it comes to anti-Covid measures; there is no evidence that they contribute to the spread of the virus,” he said.

“We do welcome the decision to extend the hospitality curfew by an hour to 11pm, but we will continue to make the case that casinos are uniquely exposed to any curfew and we will press for their full and safe reopening in all parts of the country.”

Dugher also spoke positively about the return of fans to sports events in tiers one and two, saying this would help the horse racing sector begin its recovery from Covid-19.

These comments where echoed by a number of major organisations in the racing sector, including the British Horseracing Authority, whose chief executive Nick Rust said racing will act responsibly to ensure the safety of fans.

“We know the numbers are limited to begin with and not all venues will be allowed to admit spectators, but this is progress,” he said. “I’m confident that all our race-goers will follow the government’s public health guidelines when they return to racing and this will allow us to increase the numbers attending.”

Racecourse Association chief executive David Armstrong said that coupled with last week’s announcement of financial support, this is a welcome development for racecourses in England.

“Even with limited numbers, racecourses can start to re-open facilities for race-goers, hospitality guests and owners,” he said. “Work continues to prepare for larger-scale pilots across the sports sector and racing will continue to play a key role in this vital recovery phase.”

Racehorse Owners Association Charlie Liverton, speaking on behalf of The Horsemen’s Group, also praised the decision, describing it as a “further step forward” for racing.

“I am grateful to all those across the industry and government who have worked hard to get us to this position and look forward to constructive conversations on owner attendance at racecourses,” Liverton said.

“Owners and other participants have played a vital role in ensuring racing could continue behind closed doors and under tight restrictions.”