The Great Britain Gambling Commission has played down concerns over the impact of illegal online gambling operators on the regulated market, saying the sector is stable and not expanding. 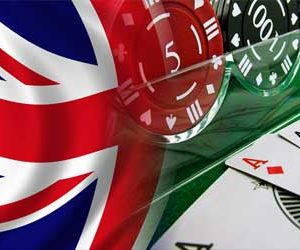 In a letter to Carolyn Harris, chair of the All-Party Parliamentary Group (APPG) on Gambling Related Harm, the Commission’s chief executive Neil McArthur said work to combat unlicensed activity in Britain is ongoing.

McArthur also referenced a recent PWC report commissioned by William Hill and Entain, formerly GVC Holding. Based on Commission data from 2017-18 and a consumer survey, this estimated players staked £1.4bn with unlicensed operators over a 12-month period.

“Whilst we welcome research in this area, we recommend that the figures in the PWC report should be treated cautiously,” McArthur said. “The report is absent of any evidence of an increasing remote illegal gambling problem in Great Britain.

“Their methodology makes clear they had to use data from August 2018, which indicates traffic to websites but does not differentiate whether that was by consumers or reflective of the vast amount of automated transactions that bots and other system tools conduct.

“Further, the report’s extrapolated figure of potentially 200,000 UK consumers using illegal websites is not consistent with the intelligence picture, including reports received by the Commission, from the public or other appropriate bodies such as law enforcement.”

McArthur said that the Commission engaged with 15 regulators from around the world in 2020 as part of its efforts to tackle illegal gambling, and, over the past year, received a total of 182 information reports on unlicensed activity.

This, McArthur added, remained stable throughout the year, with the exception of January, where a surge was attributed to Curacao-based enterprises attempting to entice British consumers who had self-excluded, and again in July due to third parties also contributing to the reporting.

In terms of the reasons for the reports being filed, 92 of the cases were related to operators unlawfully permitting access to British players. A further 28 were connected to marketing and affiliate activity, and 20 for operators refusing to pay out winnings.

“Whilst this data shows that there are threats from illegal gambling for British consumers, the scale of the threat needs to be kept in proportion, despite recent media reports and reports from consultants paid for by the industry,” McArthur said.

“This should not distract from the need to continue to drive up standards and make gambling safer in the regulated market.”

Offering further evidence of the Commission’s ability to continue to restrict the illegal market, McArthur said the regulator has a number of tools at its disposal. This includes the ability to issue cease and desist demands to operators without a licence.

Should this be ignored, the Commission can utilise its relationships with web hosting companies to have sites taken down. The regulator can also work with payment services providers to block transactions, and also with social and search giants to prevent sites appearing on search engines.

In addition, the Commission can work with Her Majesty’s Revenue and Customs, the British tax organisation, to prosecute or refer ongoing issues.

However, McArthur did admit that the regulator’s powers and resources should be kept under review to ensure it remains effective in tackling illegal gambling. This, he said, could be included as part of the Gambling Act Review, which the government launched last month.

“Criminals seeking to circumvent the regulated sphere and exploit the vulnerable are demonstrating increasing sophistication, complexity and capability which poses challenges to us to keep pace.

“Throughout 2020 we conducted a full review of our work regarding illegal online gambling, and also continued to engage with other regulators around the world.

“As a result we will be able to advise Government as part of the Gambling Act Review.”

Publication of the letter comes as the UK’s Betting and Gaming Council (BGC) today (18 January) launched a new campaign warning that the Gambling Review could be a boon for the unregulated sector.

The BGC said an “unintended consequence” of the government’s wide-ranging Gambling Review could be to drive customers towards the unlicensed online black market. It also included statistics set out in the PWC report referred to by McArthur in the APPG letter.