Italian gross online gaming revenue declined month-on-month in February, thanks to dips in revenue from all verticals. 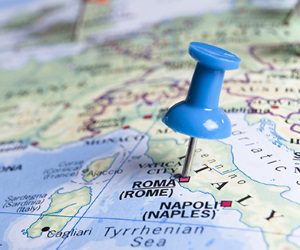 The online casino market was more fragmented than ever, as market leader PokerStars’ share of revenue declined to just 8.67%. Sisal – which is soon to come under the same owner as PokerStars when its acquisition by Flutter closes – was in a close second, with an 8.57% share.

Only 0.13 percentage points separated PokerStars from the third-placed operator, Playtech-owned Snai, which held an 8.54% share.

Looking at sports betting, combined online and retail revenue dipped by 3.0% from January to €204.7m, but this was 10.3% more than February 2021’s total, when the retail sector was closed due to Covid-19 measures.

Looking just at online betting revenue, this declined more sharply, by 5.2% to €122.1m, the lowest figure since October 2021.

Snai held onto its lead as the largest online betting operator with a 13.8% market share ahead of Sisal’s 13.4%.

However, for the overall betting market, Snai slipped into second with a 15.6% share, just being pipped to the post by Goldbet with 15.7%.

Poker tournament revenue declined fairly steeply month-on-month, by 28.1% to €8.2m, though January’s figure had been the highest for a year. Year-on-year, February’s total represented a 12.8% decline.

Looking at cash games, revenue declined significantly again to to €5.6m. This was a 25.3% drop when compared to January or a 16.5% decline against February 2021.

Pokerstars continued to dominate among poker operators. While its share of tournament revenue dropped back below 50% in February, its revenue from that vertical was still more than five times that of second-place Sisal.

Similarly, Pokerstars’ share of the cash games market dipped slightly to 42.51% but this was well ahead of second-placed Goldbet’s 7.40% market share.