The final instalment of the International Betting Integrity Association (IBIA) and H2 Gambling Capital’s regulatory market assessment covers regulatory markets ranked between 14th and 20th. Many of these markets impose major restrictions, such as monopolies, extremely high taxes or even outright prohibition. 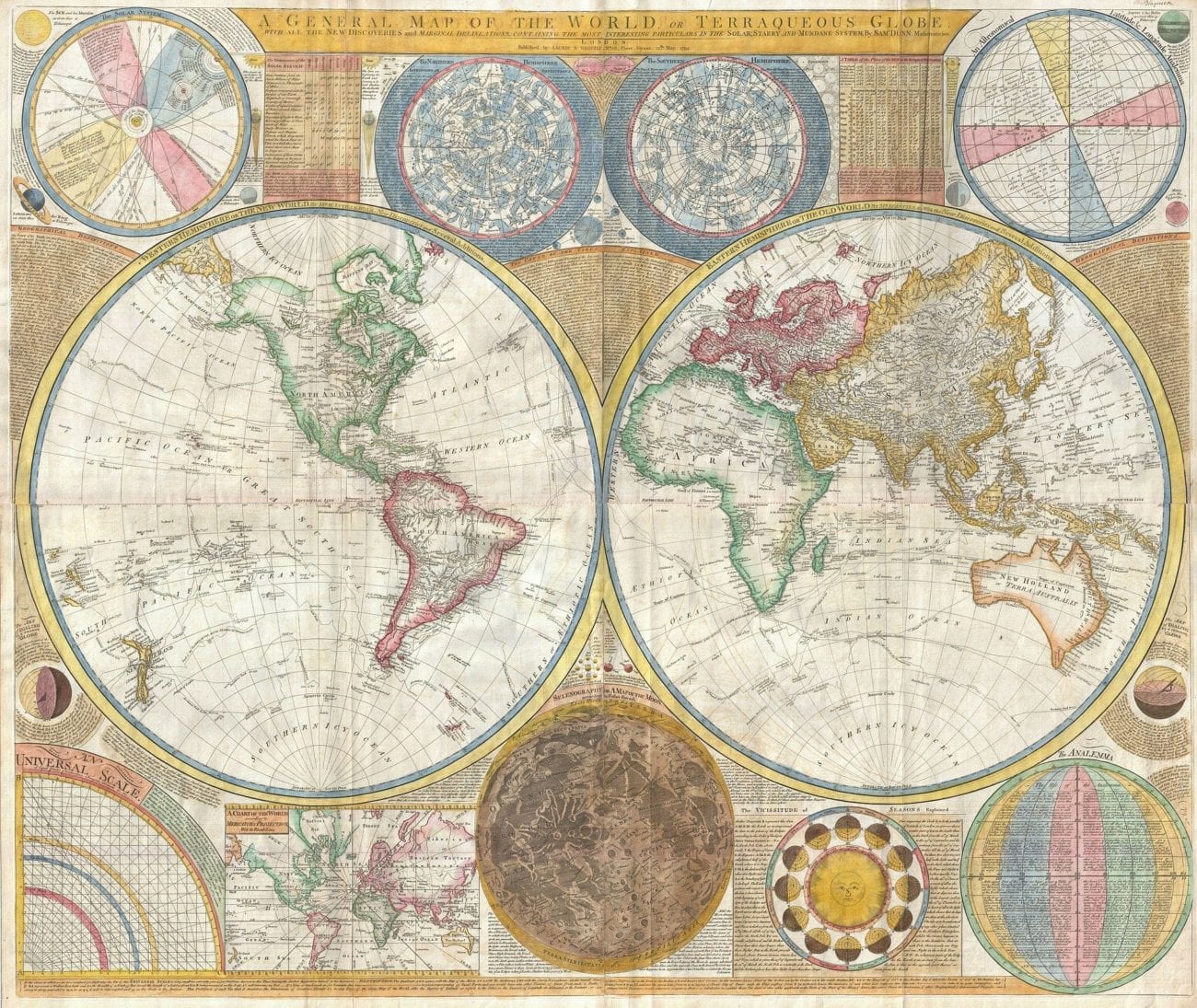 The full report can be read here, but iGB will also be breaking down the list. The top six saw familiar markets such as Great Britain and Malta joined by newer territories in both the US and Europe.

The markets ranked between seventh and joint-twelfth were typically those with otherwise-strong scores dragged down by strict restrictions in one area, such as Spain or Italy.

Kenya – the only African market on the list – received a provisional score, which is reserved for markets where major changes are in the works but have not yet come into effect.

In regulation, the report noted that Kenya offers unlimited licences. However, the country intends to implement a new Gaming Bill that would overhaul its regulations. While this was introduced in Parliament in 2019, it has still not yet passed into law.

The new law, if implemented, would include significantly higher licence fees and a ban on credit cards to gamble, though an initial ban on mobile payment – an extremely popular payment method in Kenya – was removed in amendments to the bill.

Tax has been a major source of controversy in Kenya. In 2019, operators Sportpesa and Betin left the market as an excise tax on betting turnover was raised to 20%. This had itself followed a dispute as authorities argued a 20% tax on winnings also included stakes.

However, Parliament repealed the former tax and courts overruled the country’s regulator on the latter, leaving the main source of tax for operators as a 15% tax on GGR, which the report describes as “globally competitive”. As a result, the country scored fairly highly in tax. The excise tax could potentially be reintroduced in this year’s finance bill, however.

Kenya had among the best product scores of any country, thanks to a wide availability of betting products, which the IBIA said contributed to its high 93% channelisation rate.

In integrity, however, Kenya received a low score.

“There are no integrity requirements listed in legislation or by the regulator, albeit its policy does

involve ensuring that gambling is conducted in a fair and open manner and that it is not a source of crime,” the report said.

In advertising, Kenya received a fairly low score, as the report criticised a lack of clarity in the country’s advertising regulations and also noted a 35% tax on ad spend.

Mexico’s unlimited licences and high channelisation, at 90%, help its regulation score, despite “dated” legislation. While a new federal framework for gambling regulation was proposed in 2014, it does not appear set to be implemented any time soon.

However, IBIA did not that the country also implements a licence charge at 1% of sports betting turnover or 2% of racing turnover, which the report said can be a “challenging” way of paying licensing costs.

“Mexico’s approach is particularly perplexing given that it employs a GGR betting tax,” it added.

That betting tax is also high, at 30% of GGR. While states can also impose their own taxes, these can be deducted from the federal rate.

Mexico’s score for product is high, as while the country’s 1947 betting legislation does set out the events that can be bet on, its scope is “very broad”.

In integrity, Mexico’s score was low as “no specific integrity measures” were evident and the country’s operators are not required to connect to any monitoring platforms, though operators must alert potentially criminal activity to the authorities.

In advertising, IBIA noted that all marketing channels are permitted, though ads “must meet certain conditions”. These include “ specific warning messages about excessive gambling”.

In regulation, the report notes that some regulatory matters in Australia can vary between states, with the Northern Territory acting as the main licensee for online betting. Retail betting, meanwhile, is an “effective monopoly” through Tabcorp.

Taxes also vary by state, but despite low taxes in the Northern Territory, Australia receives a low score mainly due to additional “product fees”, set at 2.5% of turnover. This fee, the report says, has “significantly limited the interest of private operators in entering [the] market”.

“These fees, and the turnover approach in particular, make it difficult for Australian onshore betting operators to compete with offshore operators, unhindered by such fiscal burdens,” it adds. “Unsurprisingly, Australia has a relatively low number of onshore online operators and high offshore consumer channelling.”

The country’s channelisation rate is just 76%.

Product limitations are a major reason for Australia’s low ranking. Live betting is only possible in the country over the telephone and at retail locations, rather than online.

In addition, operators must receive approval to offer bets on Australian sport, which typically means they must pay fees in order to do so.

In integrity, Australia scores well as it has joined the national platforms put in place through the Macolin Convention on sports manipulation, while Sports Integrity Australia is a national body dedicated to integrity.

In advertising, the Australian Communications and Media Authority (ACMA) provides an advertising code of practice, and while there are some restrictions around live sport – and some specific sports competitions have prohibited gambling sponsorship – generally advertising restrictions are not too tight.

In Portugal, like Australia, there is a land-based betting monopoly while unlimited online licences are available. However, only 10 online fixed-odds betting licences have been issues.

One reason for the low number of licences – and for the country’s 66% channelisation rate – is tax. Fixed-odds sports and racing bets are both taxed at 8% of turnover, while exchange betting commission is taxed at 35% of GGR. This fixed-odds betting tax was previously even higher, at 8-16% of turnover.

“There is no evidence to suggest that these offshore consumer channelling issues will be resolved whilst a high turnover tax system remains in place in Portugal.”

In product, Portugal has a “prescribed list” of permitted bet types and sporting competitions that licensed operators may offer bets on.

“That commercial disadvantage, relative to offshore operators unhindered by such concerns, is also demonstrated by Portugal’s continuing struggle to improve the number of consumers using its licensed online sport betting market,” the report said.

In integrity, however, Portugal scores highly, as the country has signed and ratified the Macolin sports manipulation convention and is a member of its network of national platforms.

In advertising, Portugal has a requirement that adverts do not suggest that gambling is a means to success or financial gain and also prohibits advertising near schools. Regulator the SRIJ has also published a best practice code.

Television and radio ads, however, are banned between 7am and 10:30 pm.

Argentina receives a provisional score, which is given when a country’s regulatory regime is set to undergo major changes.

In this case, some of the country’s provinces have approved a new system to permit online gambling and the city and province of Buenos Aires are among those that have already issued licences.

“[The] fragmented market, limited licence availability and lack of integrity measures are a challenge, but local and international operators are showing interest in the market’s potential,” the report said.

Taxes vary between provinces, with the province of Buenos Aires taxing gambling at 25% of GGR, while the city sets a 10% rate.

In addition, however, there is a federal 5% turnover tax rate, which can rise to 10% for operators based in countries deemed to be tax havens. The increase of this tax from the previous 2%, the report said, will “further hinder the market’s development and taxable returns”.

Product availability again varies. While there is a wide range of channels available, the province of Buenos Aires must individually approve every betting event offered in that region.

In integrity, Argentina receives a low score, due to a lack of connection to any national monitoring platforms.

In advertising, rules exist at both the national and provincial level, with ads permitted “within defined parameters”.

The country’s Senate is currently considering a bill to allow single-event sports wagering, by repealing a law that currently requires bets to be on three or more events. After passing this bill at second reading, the Senate assigned the bill to a standing committee.

In terms of regulation, the report noted that it is one of the few jurisdictions that still has a sports betting monopoly, though this is conducted at the provincial level. This, however, is another area that may change, as Ontario plans to begin a licensing process.

With ratings still based on current rules, though, the country scored only 47 points out of a possible 100.

The combination of these monopolies and the single-event betting ban has led to extremely low channelisation, of just 31%, in the market, which contributed to the low score.

While these restrictions were the main reasons for Canada’s low score, the IBIA also noted that the country has no current match-fixing laws and had not signed onto an international convention against sports manipulation.

Advertising also led to a low score, as advertising of online gambling is prohibited in Canada.

India scored by far the lowest of any country, as betting, though “widespead across India”, is “mainly prohibited” in the country. As a result, the country’s channelisation rate is listed at zero.

“Player protection and market oversight is therefore absent, as are fiscal returns,” the report said. “The unregulated market and related criminality will continue to flourish.”

The country’s federal government does permit states to regulate betting, but this vertical is only active in six, all only offering racing.

The state of West Bengal permitted online betting in 2020, and Karnataka did the same but later rescinded this. The very small state of Sikkim, meanwhile offers betting through a land-based intranet.

Because most forms of betting are illegal in most of India, the country receives a very low score for product.

“The prohibition of betting in India is widely seen to have been ineffective,” the IBIA said. “However, the federal government has yet to take any action on the issue and social concerns have conversely led some states to specifically ban online gambling.”

Similarly, the prohibition hinders the ability of authorities to monitor betting activity for integrity purposes.

In advertising, again the country received a low score due to the general prohibition of most forms of gambling, but advertisements for permitted games tends to be allowed. For example in Sikkim, licensees can both show advertisements and offer bonuses.