The second installment of the International Betting Integrity Association (IBIA) and H2 Gambling Capital’s regulatory market assessment covers regulatory markets ranked between 7th and 12th. Many of these markets would be favourable to operators, but are dragged down by either burdensome taxes, strict advertising bans, limits on product availability or restrictions on licences. 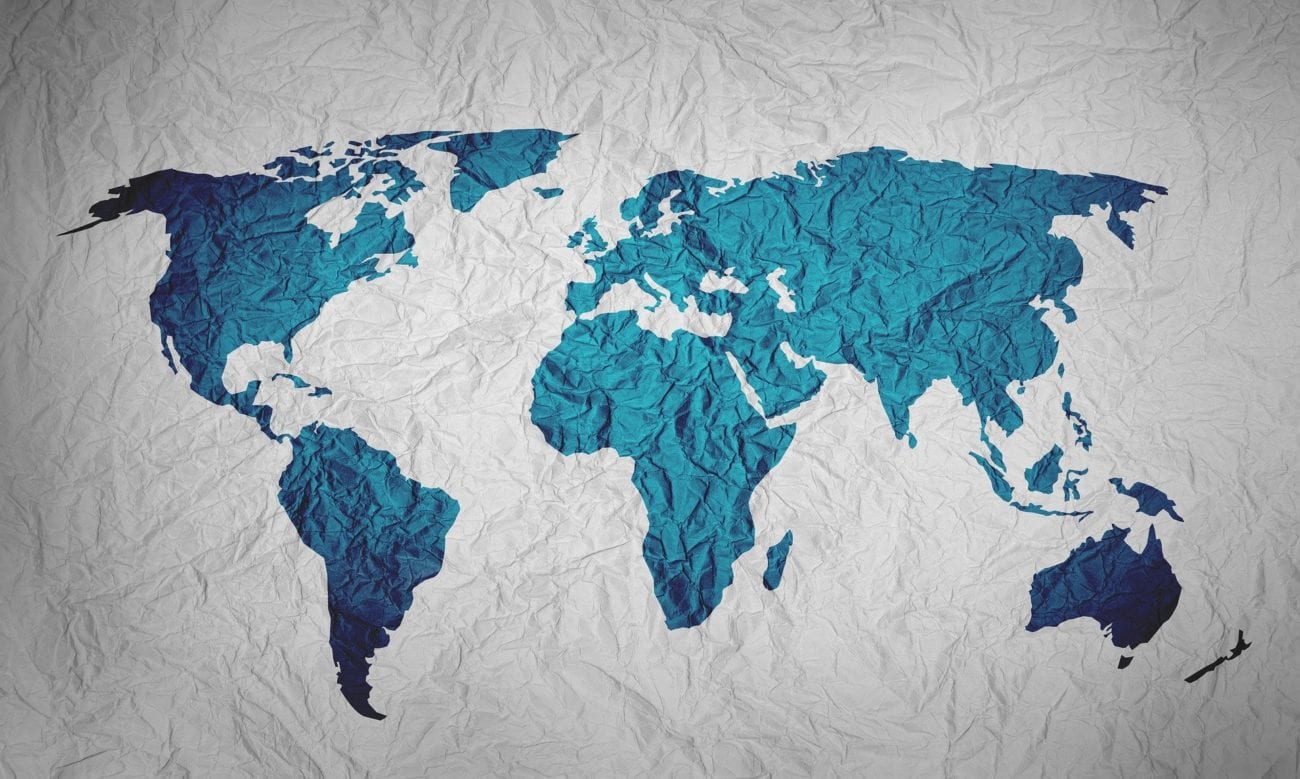 The full report can be read here, but iGB will also be breaking down the list, starting with the top six, which sees familiar markets such as Great Britain and Malta joined by newer territories in both the US and Europe.

Spain scores fourth-highest of all nations in regulation, thanks to a strong regulatory structure at both the federal and regional level, with unlimited licences including exchange and pool betting. However, its 76% channelisation rate is lower than some countries ranked similarly.

In tax, Spain also scores highly with its 20% GGR tax rate, a reduction from the previous rate of 25%, though the IBIA warned that a proposal to allocate some betting tax income to sport cold be a negative.

The IBIA also noted that since the tax rate was lowered, channelisation has been improving and was projected to reach 90% by 2024.

The story was similar for both product and integrity, where Spain scored highly again. In product, the report noted that while Spain initially had an approved list of events for betting, this was quickly scrapped, and the country now offers a wide range of markets.

In terms of integrity, Spain’s high score was partly due to having a requirement to report suspicious betting activity.

However, while Spain would rank third in those four areas, advertising dragged its score down, with the country ranked joint-second from bottom. Spain introduced strict new advertising rules last year allowing advertising on TV and radio only between 1am and 5am and banning sport sponsorship, while bonuses are heavily limited.

Operator association Jdigital said this would lead to a “foreseeable increase in the activity of unlicensed operators, which will have dire consequences in terms of the protection of vulnerable groups”.

Like Spain, Italy scores very highly in each of the first four categories. Its regulation score was joint-highest of all countries, thanks in part to an impressive 94% channelisation rate, although online licences are issued through a tender process rather than being fully unlimited.

“However, the number of licences offered is so high (80+) that it is close to an unlimited licensing model,” the report said.

In tax, the country has a 24% GGR tax rate for online betting, higher than the 20% rate for land-based, while a temporary tax of 0.5% of turnover on land-based and online betting has also been imposed, which lowered its score.

The country does have some product restrictions through an official list of approved events, but this list has regularly been expanded over time.

Italy also scores joint-highest in integrity, thanks again to mandatory reporting as well as full ratification of the Macolin Convention on sports manipulation.

However, Italy, along with Spain, had the joint-second-lowest score for advertising, after a 2018 law banned all gambling advertising and sponsorship in the country. The only exceptions to this rule are shop signage and the national lottery.

The Netherlands was the first of five countries to receive a provisional score, which is granted to countries that are currently undergoing major change to their regulatory framework.

Currently, online betting may only be offered by the lottery’s Toto brand, but laws to open up the Dutch online market have already come into effect, with operators able to apply for licences and the market set to open on 1 October.

Grading this new system, as it is already law, IBIA noted that land-based betting will remain a monopoly though online betting will be liberalised. The report noted that an additional levy is in place to cover licensing costs alongside licence fees.

In addition, taxes will be high under the new system, starting at 30.1% of GGR but being lowered to 29% after six months.

This, the IBIA said, may limit interest from prospective licensees. As of 19 April, regulator de  Kansspelautoriteit (KSA) said it had received 28 licence applications since the portal opened on 1 April.

“While more appealing [than the monopoly system], it still carries a sizeable fiscal burden which is likely to impact operator interest in the market,”it said.

The Netherlands will also have a list of permitted sports events for betting, and specifically prohibit betting on certain events “seen as negative” such as yellow cards or double faults.

Integrity, however, is an area where the Netherlands scores very highly, due in part to a requirement for a risk analysis for all markets that operators offer and the fact the Remote Gambling Act “specifically refers to the International Betting Integrity Association (IBIA) as a best practice example”.

The Netherlands scores highly in advertising too, though there are some restrictions including a ban on advertising on television between 6am and 9pm.

Germany also received a provisional score, having issued licences to offer sports betting under the Third State Treaty on Gambling, which had initially been held up by a legal challenge.

The country scores highly in regulation, with an unlimited number of betting licences permitted and a high channeling rate of 94% under the previous system.

However, taxing online betting at 5% of turnover has led to a lower tax score, with the report noting that turnover taxes can be “challenging” and that 5% is a very high rate for a turnover tax.

In terms of product, there are some restrictions on in-play betting, with live bets only allowed to be placed on major markets such as the match winner or next goal, rather than proposition markets. Non-sports betting and exchange betting are also not permitted.

In advertising, there are some restrictions, such as advertising betting on television just before or during a sports event, though generally it scores highly in this area.

Colombia ranks first among Latin American markets, and was the first country in the region to regulate online betting.

As another country with unlimited licences, it scores highly in regulation, and has a channelisation rate of 79%, though the report did note that enforcement and player protection rules are not as strong in the country and that licence fees are also implemented as a percentage of turnover rather than an upfront fee.

The country taxes online betting at a “globally competitive” 15% of GGR, but also includes a requirement to pay out at least 83% of turnover to players.

“Colombia’s online market is still developing since its initial 2017 opening, but its fiscal framework is generally positive (setting aside the minimum return to players and turnover-based licence fee) and attracting international operator interest,” it said.

Colombia’s score for product was high, due to the fact the country “permit[s] a wide betting product offering through a variety of channels by their licensed operators”.

In integrity, however, Colombia’s score was among the lowest, with the report saying the country “lack[s] any detailed national or international integrity enforcement and engagement strategy”, with little legal power against match-fixing.

In advertising, the report noted that regulations in Colombia are “less extensive” than in Europe, which can lead to a lack of clarity, but that there are few major restrictions.

France’s regulatory structure is a “hybrid model”, with unlimited online licences but a land-based monopoly. However, only 14 online betting licensees are active, though the country does have a high 92% channelisation rate.

In tax, France’s score is among the lowest of all countries. Though France scrapped its turnover-based tax rate in 2019, its tax rates remain very high, at 37.7% of GGR for racing and 55.2% of GGR for online sports betting, with retail betting taxed at 44.5% of GGR. Alongside

These taxes, the country also imposes an “integrity fee”.

The report put the low number of active licensees in the country partly down to “the burdensome fiscal nature” of operating.

France is another country with a proscribed list of permitted betting markets, which the IBIA said also plays a part in the low number of licensees.

France has one of the strongest integrity systems, however, with a national suspicious betting reporting platform having been in place since 2016. In advertising, the country also scored highly, with requirements to include safer gambling messages in ads, but few blanket restrictions.

Poland is another country that scores highly in four areas, but with one very low score. It performs well in regulation, with unlimited licences offered, though only around 20 are in operation. Poland’s channelisation rate is 84%.

However, the country’s score is dragged down by taxes, with the second-lowest tax score. This is due to a “burdensome” 12% tax on turnover, which the report said contributed to the lack of licensees.

With a turnover tax rate this high, operators must offer low payout rates in order to remain profitable.

Polish sports bodies may also impose fees for operators to offer markets on their events, and player winnings are also taxed at 10%.

“Local operators state that the government would have received an additional PLN1.1bn (€245m/$295m) in tax if offshore activity was brought onshore and have called for the burdensome tax rate to be addressed,” the IBIA said.

The country allows for betting on a wide range of markets, however, even with the requirement to pay fees to offer Polish sport.

The country also ranks highly in integrity, with an informal group of operational stakeholders monitoring suspicious betting and exchanging data.

The country previously banned betting advertising, but repealed this law in 2017, which the IBIA said improved its channelisation rate significantly. However, advertising is still limited, not being permitted on TV or radio between 6am and 10pm except during sport.

In addition, ads warn of the consequences of betting with offshore operators.