Since reopening from their Covid-19 shut-down in June 2020, Las Vegas casinos have been effectively pushed back to the past, with their offerings limited to gaming as capacity limits and social distancing prevented them from offering amenities. Now, with capacity limits rising to 80% from 1 May, entertainment, conferences and clubbing can join the recovery effort. 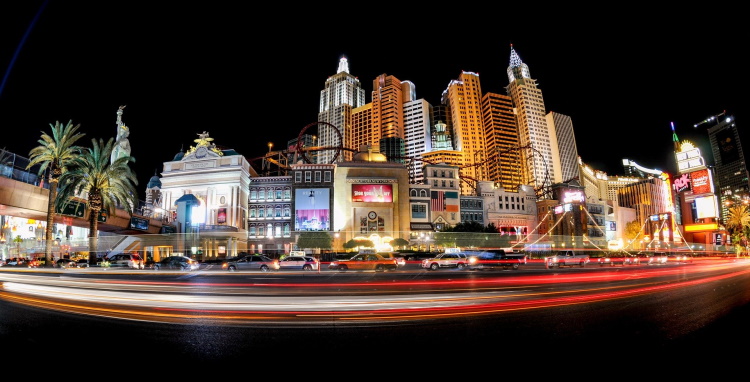 Las Vegas takes a step closer to normalcy on Saturday when it expands to 80% of its capacity and prepares for the return of full-scale entertainment this summer — a big milestone since non-gaming amenities set the city apart from other US casinos.

Las Vegas took a step back in that regard when it reopened in June 2020 after a two-and-a-half-month novel coronavirus (Covid-19) shutdown. It went without entertainment, conventions, nightclubs and other amenities when it reopened to a 50% capacity on its gaming floors and restaurants and strict social distancing requirements.

In an homage to its past, it relied mainly on gaming for its revenues, as it did decades ago. The last time Las Vegas had a 50-50 mix of revenues between gaming and non-gaming was 1998.

But for Vegas to be Vegas again, the capacity had to be increased and restrictions eased beyond the limits of 50 people upon reopening and increased in March to 250 for meetings and entertainment.

The Nevada Gaming Control Board on 23 April gave Clark County, the governmental entity overseeing metropolitan Las Vegas, the go-ahead to expand to 80% on 1 May and reduce social distancing from six to three feet.

The capacity will be allowed to expand to 100% once 60% of the county’s 1.8 million eligible population is vaccinated, which is expected sometime in May. Mask wearing will still be required for now under a state mandate.

Under the new rules, restaurants can have 12 at a table instead of six. Nightclubs and dance floors can reopen with restrictions. Buffets can also reopen.

“The opening of non-gaming amenities is one of the last puzzle pieces for the comeback story of the Las Vegas Strip because barely a third of revenue comes from gaming anymore,” says Brent Pirosch, a gaming analyst for CBRE. “It will get us back to what we have seen historically.

“People are sitting on record amounts of cash, and there’s a lot of pent-up demand to do things and having more options available will make a difference. It will be the missing piece.”

Las Vegas is letting Americans know that there’s more of a reason to return beyond just gambling. The Las Vegas Convention and Visitors Authority launched a national ad campaign this week that portrays the city as a place where people can be free and enjoy experiences unlike those offered elsewhere.

Analysts are unanimous in saying Las Vegas needs to bring back those experiences to fully recover – some even suggest the rebound could linger into 2023. Even though gaming revenue in March was 4% higher than March 2019, visitation at 2.5 million was more than 1.8 million below March 2019.

Las Vegas is about to get a big boost this summer not only with the return of non-gaming amenities but also with the opening of its first resort on the Strip since The Cosmopolitan in December 2010.

One of the first major shows that will return to Las Vegas is on the Fourth of July weekend with Bruno Mars at Park Theatre at ParkMGM. July also features Usher at Caesars Palace and Garth Brooks at Allegiant Stadium, which sold out its 65,000 capacity.

All of that is welcome news to a city hard hit by the gaming shutdown that started to emerge in March because of the NCAA basketball tournament, spring break, and growing number of people in the U.S. getting vaccinated.

Gaming made up 58% of casino revenue in 1990, the first full year of Steve Wynn’s The Mirage — the mega-resort that reversed a trend of slumping tourism with a focus on amenities. That meant bigger more expensive rooms, the addition of retail, especially European luxury retailers, resort-style pools, nightclubs with prominent DJs, upscale spas, and celebrity concepts and high-end restaurants that deviated from the notion of Las Vegas being a place of inexpensive buffets and coffee shops.

“It was the early 1990s that gaming expanded in the United States beyond Nevada and Atlantic City, and the Las Vegas Strip had to transform,” Pirosch says. “It was more about luxury developments that pushed room rates up and a concentration towards retail. Las Vegas operators have always been good about figuring out what’s next.”

That has included entertainment that has become more sophisticated and pricey over the years. Long before The Mirage, entertainment was treated as a loss leader used to pull in crowds.

“The Siegfried and Roy show (at the Mirage that opened in 1990) was at the beginning of that,” Pirosch said. “That was a game changer to profit off entertainment.”

Some analysts expect Resorts World Las Vegas to have a similar effect out of the gate in drawing visitors with its entertainment offerings. Besides the headline entertainers, there’s a 27,000 square-foot spa, 5.5-acre pool complex with seven pool experiences. There are 100,000 square feet of dayclubs, nightclubs and restaurants, including celebrity chefs. There’s high-end retail from Judith Leiber and Herve Leger.

“They are going to open what is a greatest hits collection of the modern hospitality industry,” says casino consultant Nehme Abouzeid, president and founder of LaunchVegas. “I think it will give people a new reason to want to come to Vegas to see some of the headliners and hotel offerings.

“They have great pool offerings and offer many brands with three hotel operators. They are curating experiences for everybody. They will have a segment to appeal to everybody whether it’s foodies, pool clubbers, and gamblers.”

Josh Swissman, the founding partner of casino consultancy The Strategy Organisation, believes the loosening of restrictions also means the return of another option that should be viewed as an amenity.

Conventions have become even more important over the last three decades since the opening of the Sands Expo and Convention Centre in 1990. That was followed by other Strip resorts adding convention facilities to their properties ever since, Swissman says. The Las Vegas Convention Center spent $1bn expanding its convention centre for 2021 only to have Covid-19 shut down the trade show industry.

The World of Concrete will be the first large convention to return to Las Vegas in June, an event that has historically drawn about 60,000 people, though fewer are expected for this show moved to the summer. The Consumer Electronics Show that historically brings more than 180,000 people to Las Vegas from around the world, announced this week it will return in January.

“These conventions have been a big contributor to non-gaming revenue, and those contributions come in the form of restaurants and entertainment revenue just like leisure travelers,” Swissman says. “The conventions bring with them room rate revenue, and there’s catering and banquet revenue that comes with it.”

Nightclubs and day clubs took one of the biggest hits among amenities, and analysts are expecting that to bounce back strong. Casinos have been announcing DJ headliners at their properties when the clubs reopen this summer.

“Younger people are seeking out the best-in-class night club experience and dayclub and pool experience,” Swissman explains. “Along with has come significant revenues as well with these clubs charging up to $300, $400 to $500 for a bottle of vodka that you can buy at the grocery store for a fraction of that. It’s a great experience that comes along with that.

“With the proliferation of gaming across the county and online gaming, it will be the non-gaming experiences like that off the gaming floor that will continue to differentiate Las Vegas and drive people to it.”

Brendan Bussmann, a consultant with Global Market Advisors, is confident the gaming venues will be able to reintroduce their amenities and do it so in a way that people feel safe from Covid-19. Companies such as Wynn Resorts and MGM Resorts already offer testing to guests.

Wynn has previously announced its testing lab on site where attendees of conventions and shows can be confident that those entering the venues are Covid-19 free.

Casinos have been aggressive in getting their workers vaccinated and some have even offered financial incentives for employees to do so.

“I will say the health and safety protocols in venues on the Strip continue to exceed every expectation around the United States where I traveled,” Bussmann says. “That speaks volume for the industry. The first phase opening taught us a lot, and Wynn set the standards for the industry.”

Bussmann doesn’t expect, however, any other properties will require a Covid-free test before people can enter a venue. He also doesn’t expect properties to have a requirement that people be vaccinated in what some call a vaccine passport. That would be considered political and alienate guests, he says.

While there’s a lot of excitement about the return of Las Vegas to what it was, there needs to be a balancing act in its messaging, according to Corey Padveen, a partner with t2 Marketing International. Casinos need to let people know there are safety measures in place to keep guests safe because there continues to be a large group of people who fear getting sick and spreading infection rate, in his view.

“While there are a lot of people that want to get back to normal and put last year behind us, there’s just as many people worried about it spiralling out of control and getting sick,” Padveen says. “The messaging needs to be a balancing act – we are getting back to normal but not ignore what’s out there and say they’re taking steps to ensure safety of the guests.”

For now, Bussmann says it will be exciting just to see the return of non-gaming amenities and large crowds at sporting events. It’s setting the stage for a “bump out of the gate” and a chance for Las Vegas to thrive again.

“One of the challenges Vegas had when people first came back was that it’s great to gamble and dine, but ‘I really miss a show,’” Bussmann explains. “It’s part of the Vegas fabric. They can come here and go to a show and see Celine Dion or Carrie Underwood, go have dinner, gamble and by the way they’re here for a meeting.

“There’s no other place in the world you can do that in one stop. The summer is the beginning of a renewed Vegas.”

Buck Wargo is a Las Vegas-based business and gaming journalist. He’s a former reporter for the Los Angeles Times. He has a degree in Middle Eastern Studies from the University of Texas and worked as a foreign correspondent in the Middle East.