Irish Minister of State David Stanton has revealed that work on developing a new framework for regulating gambling in the country, including the establishment of a new authority to oversee and implement the legislation, will take up to 18 months. 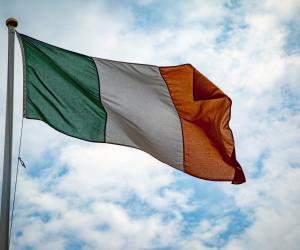 Irish Minister of State David Stanton has revealed that work on developing a new framework for regulating gambling in the country, including the establishment of a new authority to oversee and implement the legislation, will take up to 18 months.

Responding to a question in the Dáil Éireann from Teachta Dála Clare Daly earlier this week, Stanton said that work on the revised General Scheme of the country’s Gambling Control Bill had begun. If work is completed within 18 months, the new regulatory regime should be in place by 2020.

The Gambling Control Bill, first published in 2013, is currently being amended to incorporate a series of recommendations by an inter-departmental working group published in March this year.

At the time, Stanton committed to adopting these recommendations, including the establishment of a regulatory authority for the industry, as well as an updated range of licences to reflect gambling’s shift online.

The report also recommended regulations for gambling advertising and sponsorship, as well as controls to prevent gambling being exploited for money laundering and to manipulate sporting competitions.

It has also called upon the government to improve consumer protection, and set up an alternative dispute resolution mechanism, and raise awareness of problem gambling.

Speaking at a seminar on gambling licensing and regulation on May 15, he said that while the regulator would most likely require significant investment, it would have to be self-financing. He suggested that income from application and licence fees, as well as fines imposed on non-compliant operators, could be used to cover its costs.

“Implementing the recommendations in the report offers the best opportunity of a modern and effective approach to the licensing and regulation of a fast growing and evolving gambling industry,” Stanton said of the inter-departmental group’s report.

“The proposed comprehensive reform will be of significant impact. Without a new regulatory authority, sufficiently resourced, there is no prospect of progressing modern licensing and regulation.”

He admitted that the revised Gambling Control Bill would act as a comprehensive reform of gambling regulations in Ireland, with no pre-existing structures to build on.

While Ireland has regulated online gaming since 2015, this was not introduced as part of a broader overhaul of the current regulatory framework, which has been in place since 1956. Aside from lottery-specific regulations, there are no up to date controls for other verticals, and regulation of the sector is currently divided between a number of government departments and agencies.

As a stopgap measure, the Gaming and Lotteries (Amendment) Bill 2019 has been introduced.

This aims to introduce a number of updates to the 1956 Gaming and Lotteries Amendment Act, including setting maximum gaming machine stakes and prizes at €10 and €750 respectively. It will also formally impose an 18+ age restriction on betting and gaming products, and an improved licensing and permit regime for lotteries.

However, these regulations will be superseded by the Gambling Control Bill once it is introduced. The Gaming and Lotteries (Amendment) Bill 2019 was debated in the Seanad Éireann, the upper house of the Irish parliament (Oireachtas) on March 27, and will next be debated section by section, with senators able to propose amendments.