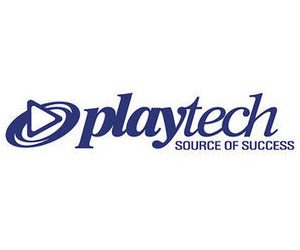 Under the agreement, which comes after Playtech last week revealed that it was able to achieve expected growth levels in the first 53 days of the year, the company will pay a maximum consideration of six times Quickspin’s earnings before interest, tax, depreciation and amortisation (EBITDA), subject to a cap of €50 million ($55.9 million).

This will comprise an initial payment of €24 million for 100% of the shares of Quickspin on a cash-free and debt-free basis, while the remaining maximum consideration of €26 million will be payable on an earn-out basis by reference to Quickspin’s EBITDA in 2017 and 2018.

Headquartered in the Swedish capital of Stockholm, Quickspin has a portfolio of over 20 games and develops video slot games for both the online real-money and social gaming markets.

Quickspin generated €2.1 million in EBITDA for the year ended December 31, 2016, while revenue came in at €6 million.

Playtech said the acquisition will provide it with a “proven virtual slot machine games portfolio”, with plans in place to distribute Quickspin's content through its existing distribution channels across all verticals.

As part of the deal, Quickspin founders Daniel Lindberg, Joachim Timmermans and Mats Westerlund will remain at the company for at least three years from completion.

Mor Weizer, chief executive of Playtech, said: “Quickspin is a fast-growing and leading supplier of the highest quality games to the highest quality operators, strengthening Playtech's position as the leading platform and content provider in the industry.

“We look forward to working with the Quickspin team and to see the Quickspin brand continue to flourish within the Playtech family.