The enlarged Gamesys Group has seen reported gaming revenue double year-on-year in the six months to 30 June, aided by record revenue from Asia. 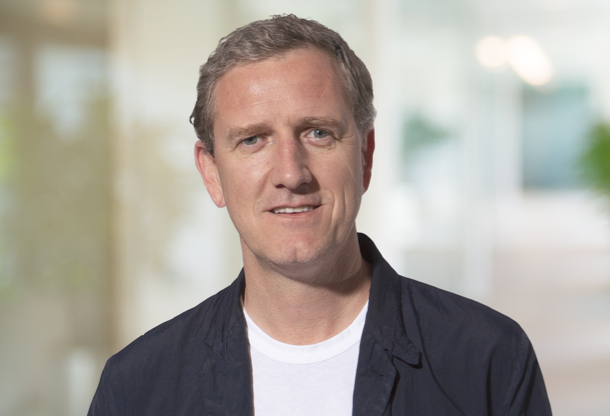 The enlarged Gamesys Group has seen reported gaming revenue double year-on-year in the six months to 30 June, aided by record revenue from Asia.

Looking at performance by territory, the UK accounted for the largest portion of revenue by far, rising 153.1% on a like-for-like basis to £197.4m. While the group saw UK figures impacted by the introduction of enhanced responsible gaming measures in 2019, Gamesys said the acquisition had been complemented by organic growth in H1 2020, reflected by a 15.6% proforma rise in revenue.

This growth came despite the operator putting a halt untargeted customer marketing in Great Britain at the beginning of the second quarter, including all TV and radio campaigns. This saw it make its sponsorship of ITV’s daily chat show Loose Women available to Women’s Aid, as well as making an £200,000 donation to the charity.

While the British Gambling Commission introduced a number of new measures covering player monitoring, bonusing, affordability and withdrawals, Gamesys said it was already compliant or going above the minimum standards set by the regulator.

It said its focus on offering a recreational and entertaining experience for players had seen chatroom engagement rise 28%, and non-wagering sessions 53% in H1. The number of players to set deposit limits rose 34% during the period, and proactive interventions were up 44%.

Gamesys added that “over half” of all sessions on its UK sites did not involve any wagering in the first half.

While Gamesys’ UK business performed well, Asia was the standout performer, with revenue up 92.0% year-on-year to a record £98.9m. This was driven by new customer growth and sustained momentum in Japan, aided by the successful roll-out of InterCasino.

Europe, however, reported a year-on-year decline in revenue for the first half. The region’s contribution fell 4.4% to £34.4m, despite steady growth in Spain in spite of tighter advertising and bonus restrictions during the novel coronavirus (Covid-19) pandemic.

Gamesys launched a second brand in the market, Monopoly Casino, in June, for which it had seen “encouraging” early signs.

Germany was also said to have delivered good growth during the reporting period, though the Nordic region, namely Sweden, remained challenging. As a result, the operator is no longer investing significantly in customer acquisition in the Nordic region for the time being.

Finally, the rest of the word segment, including the New Jersey online casino business, saw revenue grow strongly on a like-for-like basis, though from a low base. Total revenue for the segment amounted to £9.3m, which more than doubled year-over-year, though on a proforma basis, was up 2.2%.

The New Jersey operations accounted for the bulk of H1 revenue for the segment, Gamesys said, delivering double-digit growth, though overall performance was dragged down by the inclusion of discontinued markets in the prior year’s figures.

“It has been very pleasing to oversee another strong half-year performance, with reported gaming revenues doubling across the group year-on-year,” Gamesys Group chief executive Lee Fenton (pictured) commented. “Our strong brands, operational control and proprietary technology have allowed us to drive growth in established markets such as the UK, while also delivering strong results in fast-growing markets in Asia and [rest of the world].

“At the heart of this has been our commitment to responsible gambling, which was vital during a period in which many of our players were living in lockdown,” he continued. “As a result, we took decisive action during the period to enhance our player protection, both through investing in new capabilities and resources, and also ceasing certain marketing activities.

“We believe that this enlarged and highly engaged customer base will be key to driving sustainable growth in the future, positioning us well for the exciting opportunities ahead.”

Turning to outgoings in H1, expenditure rose significantly following the Gamesys acquisition significantly increasing the size of the business. Total costs and expenses jumped 97.0% year-on-year to £300.4m, largely due to significant increases in distribution expenses (to £181.3m) and administrative costs (to £107.1m).

Financial expenses totalled £12.9m, after which net income from continuing operations rose from £6.3m in H1 2019 to £26.7m. After paying taxes of £3.4m, and factoring in a £6.6m foreign currency loss, as well as a £4.4m gain on a currency swap and a £1.5m loss for an interest rate swap, Gamesys Group’s net profit for the period stood at £20.0m. This marked a significant improvement on the prior year’s £4.0m total.

Looking ahead, the business said it had made “substantial progress” on the integration of the Gamesys business with JPJ Group, to the point that its transition director Simon Wykes will finish his role on 30 September, and step down from the operator’s board.

“Simon was an integral part of the team that delivered the Gamesys acquisition and has shaped the combination of the two businesses since completion,” Gamesys said. “The board would like to thank him for his tremendous contribution over the past three years and wish him every success in the future.”

Executive chairman Neil Goulden, meanwhile, will return to the position of non-executive chair, effective 1 October. He explained that having led the business through a “transformational” period he felt it the right time to step back.

“Following the Gamesys Acquisition in September 2019, we now have an exceptionally strong executive team in place and have successfully integrated the two businesses and delivered strong, sustainable results,” Goulden explained. “The business is in very good hands and I look forward to supporting Lee and his team going forward.”

Looking to the third quarter, Gamesys said the strong H1 performance had continued across major markets.

“While we remain very cognisant of the macro economic uncertainty created by the COVID-19 pandemic, our high-quality brand portfolio, operational control and proprietary technology platform leave us well placed to address the growth opportunities which lie ahead,” the operator explained.

As such, it expects its full-year revenue and adjusted EBITDA to finish “comfortably ahead” of prior expectations.