La Française des Jeux (FDJ) said a strong end to the first half of 2020 continued into the third quarter, leading to growth in stakes which in turn led to marginal growth in revenue. 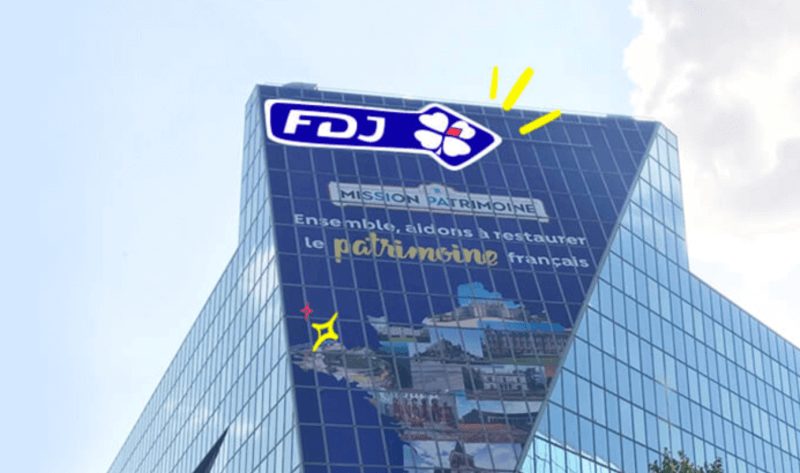 This, the operator said, was thanks to the return of live sport and the easing of novel coronavirus (Covid-19) restrictions allowing FDJ to ramp up retail activity.

In a trading update for the three months to 30 September, stakes across all products and channels grew 6.1% to €4.4bn (£4.0bn/$5.2bn), driven by largely by growth in sports betting.

Amounts wagered on sports was up 27.2% year-on-year to €1.0bn, in a period that saw a number of European leagues complete their football seasons, and the final rounds of the continental Europa League and Champions League competitions played.

While France’s Ligue 1 and 2 had their 2019-20 seasons prematurely ended in April as a result of the Covid-19 pandemic, French champions Paris Saint-Germain reached the Champions League final during the quarter.

Lottery staking only grew 1.2%, but still accounted for the vast majority of the operator’s turnover, at €3.4bn. Draw-based games’ contribution fell 0.2% but the operator described this as a good performance, considering staking in Q3 2019 was especially high, as a result of particularly long jackpot cycles. The Amigo lottery game, which resumed draws in June following a Covid-19 enforced suspension, also returned strongly, FDJ added.

Instant win games accounted for €2.0bn of lottery stakes, up 2.1%, while FDJ ramped up marketing activity to normal levels, again following a lull due to Covid-19.

Looking at stakes by channel, retail reigned supreme, accounting for €4.0bn of the total, up 3.4%. Online stakes, however, grew 43.8% to €400m, with online lottery performing particularly well.

Players won approximately €3.0bn during the period, up 9% year-on-year, which resulted in the payout rate increasing to 69.3% of stakes. This, FDJ noted, reflected the greater contribution of sports betting, and favourable results for players.

After customer winnings, gross gaming revenue came to €1.3bn, which FDJ said was “almost stable”, and once its contribution to public finances and operating costs were stripped out, net gaming revenue was up 0.2% at €500m.

“The third quarter confirmed the good momentum seen since mid-June and a recovery in our business at levels comparable to 2019,” FDJ chair and chief executive Stéphane Pallez said. “The Group thus demonstrates its resilience and its reactivity.

“Over the entire year, without new measures of general restrictions linked to changes in the public health environment, the impact of the crisis on our revenue should be contained, and our EBITDA margin should remain at a high level, thanks to the strong mobilisation of our employees and our distribution network, as well as the cost reduction measures that we have implemented as early as March.”

This, however, will result in the operator’s revenue falling year-on-year. For the nine months to 30 September, stakes are down 10.1% at €11.3bn, or 10.4% when FDJ’s 2019 results are adjusted to reflect new financial reporting standards adopted from January this year, and the acquisition of Sporting Group.

Net gaming revenue, after FDJ’s contribution to public finances, was down 5.5% at €1.3bn, though this was improved marginally by the contribution from other products and services, to €1.4bn, down 4.8%.

As a result, FDJ has updated its full-year guidance for 2020, saying that it expects a slight increase in fourth quarter stakes, provided no new restrictions are introduced for points of sale, and no sporting event cancellations.

This will be supported by a “packed” lottery schedule, the operator said, with Keno, Mots Croisés and Amigo to be relaunched, and a second hybrid retail-online game, ‘Qui veut gagner des Millions’ to be launched. The sporting calendar, meanwhile, is expected to be comparable to the prior year.

As a result it expects annual stakes to reach €16.0bn, which would represent a decline of around 6% from 2019. Assuming that it can finalise an €80m cost-cutting plan, revenue would then be expected to reach around €1.9bn, down 7%, and EBITDA margin to improve marginally to 21%.