Codere’s management has outlined the strategic importance of its native Spanish market to the business’ future in spite of tightening regulations in the country. 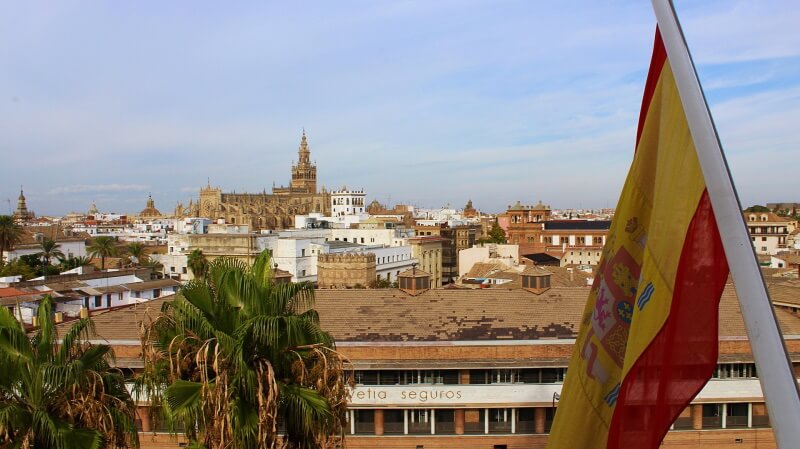 At the operator’s “Apostamos x ti” (“We’re betting on you”) conference, chief executive Vincente di Loreto said Codere would look to “redouble its efforts and investments” in Spain despite the impacts of novel coronavirus (Covid-19) and new controversial advertising restrictions.

Di Loreto described Spain as a “key market” for the business, where it had high hopes for future growth.

“There are, of course, difficulties and uncertainties, especially of a regulatory nature, but they are challenges that we will face by leveraging ourselves on our strategic pillars, convinced of the potential of this market beyond the current situation,” he explained.

Alejandro Rodino, Codere Spain’s chief operating officer, echoed this sentiment, pointing out that the operator’s turnover in Spain has grown by 16% in the last five years. Rodino also noted Codere is the only operator with a retail presence across all regions of the country.

“We are continuing work to consolidate our leading position in sports betting in the country,” he said. “In addition, we are redefining our commercial proposal with an innovative approach that allows us to offer more value to our customers.

“Our omni-channel strategy generates greater customer loyalty in a market that our board sees as a priority.”

Ignacio Diez, director of retail marketing for Codere Spain, then talked up the power of the operator’s partnership with Real Madrid, of which Codere is the official betting shop partner, arguing that this would support its omni-channel growth.

He said the new advertising restrictions, which include only allowing TV and radio promotions to run between the hours of 1am and 5am, plus a ban on sports sponsorship, would largely affect the online channel.

By having such a strong retail presence in the country, Diez explained, Codere could continue to engage customers in its premises, then cross-sell them into online. This would be a significant competitive advantage going forward, he said.

While the executives talked up Codere’s Spanish prospects, the business has struggled in 2020. Covid-19 forced it to shut down its retail estate in multiple markets, and has led to sporting events around the world being postponed or suspended.

The business is dealing with wider financial issues, related to hefty debts. In July this year it agreed a €250m (£227.4m/$285.1m) July refinancing deal that carries an interest rate of 12.75% initially, with the potential for the rate to lower to 10.75%.

According to credit rating agency Standard and Poor’s, this deal would see creditors receive less than promised and was therefore “tantamount to a selective default”.

In addition, these financial issues contributed to the business restructuring its Italian gaming machine divisions.

Emilio Miranda, chief financial officer of Codere Spain, said the business has taken steps to shore up its financial position, including renegotiations of supplier contracts and requests for gaming tax deferrals.

“In March, a financing plan was launched with the aim of maintaining our finances in order to meet the group’s payment obligations,” he said. “In Spain, we renegotiated the contracts with our main suppliers and providers with the aim of reducing fixed costs and we have also had important meetings with the autonomous communities in order to request relief in gaming duties, especially for Type B machines [slot machines].

“In addition, we have implemented the most painful measure, which has been to make an important section of our staff redundant,” Miranda added. “At the corporate level, negotiations began with our bondholders in March with the aim of lengthening the maturities of the debt and obtaining additional financing to alleviate the effects of the pandemic.”

He said that where once the gambling sector was seen as an important part of Spain’s economy, now the ubiquity of industry advertisements and anti-industry “propaganda without a scientific basis” has led to a negative perception. This, in turn, has prompted the government to impose more stringent regulations on the sector.

Pascaul said a three-pronged approach would be required to ensure the regulatory environment remains workable.

“In our opinion, there are three courses of action to resolve this situation: a unit to defend and improve the image of the industry, transparency in what we do – because attacks lack scientific basis – and joint work for responsible gaming,” he said.

Outside of Spain, Codere earlier today became the first operator to take a step towards securing an online gambling licence in the Argentinian capital Buenos Aires. The operator’s initial proposal to launch online gambling was approved by lottery operator and de-facto regulator the Lotería de la Ciudad de Buenos Aires (LOTBA), meaning it may now execute the strategy set out in the proposal.