British Gambling Commission chief executive Neil McArthur has said the financial sector must do more to reduce harm and help the regulator work towards creating a “single customer view” in a speech to financial service professionals today. 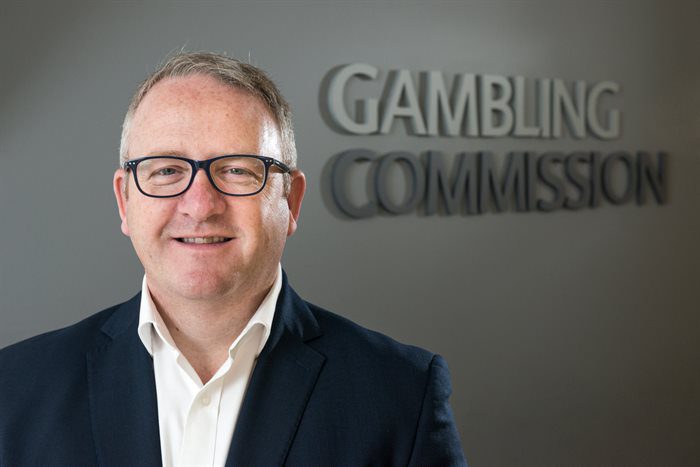 Speaking at the Money and Mental Health Policy Institute’s virtual conference for financial service professionals, McArthur (pictured) said the financial sector had an important role to play in creating a safer gambling environment.

In addition, he highlighted the introduction of gambling blocking software by many banks as an example of how the sector has been able to contribute. This software was first introduced by online bank Starling in June 2018 with rival Monzo and a series of high-street banks such as Barclays, Halifax, Lloyds Bank, Bank of Scotland and HSBC quick to follow.

“The financial sector has an important role to play,” McArthur said. “We have already seen the introduction by banks of gambling blocking software, together with the use of data to support customers affected by problem gambling.”

McArthur said the banking and financial sectors could greatly help to make gambling safer by assisting with the creation of a “single customer view”, in which a customer’s activity across all operators can be monitored. He noted that financial service providers already have a single view of their customers’ financial transactions, making them ideally suited to play a role.

“The evidence we have from Experts by Experience suggests that opportunities to protect people are being missed because their financial transactions show spending with gambling operators that is not questioned,” he added.

McArthur added that the Experts by Experience group has already provided great insight to the Commission’s efforts to reduce gambling-related harm. The group was created in June on an interim basis ahead of the creation of a permanent group and is made up of those with direct experience of gambling-related harm.

“Colleagues on that group have direct, tragic personal experience of the harm gambling can cause and I don’t pretend, for a minute, that I can put myself in their shoes,” McArthur said. “But I do share their passion to make things better and I know that their experiences and insights can accelerate the progress we are making.

“What haunts me and drives me and my colleagues to do better and go faster is the fact that we estimate there are 340,000 people in Great Britain who are problem gamblers. That is far too high and whilst problem gambling rates are not increasing, they aren’t yet decreasing and that is what we want to see: a drastic reduction in the number of people being harmed by gambling.”

Working with the financial sector forms part of the National Strategy to Reduce Gambling Harms, which McArthur said is an inherently collaborative process.

“It is not ‘the Gambling Commission’s Strategy,’” he said. “In fact, most of the elements of the strategy require action by others – for example: research programmes to broaden understanding of the problem and how best to tackle it, the development of appropriate clinical interventions throughout the country and education to prevent harm occurring.”

In addition, McArthur spoke out against critics of the Commission, who he argued over-simplified a complex issue which takes multi-faceted work to drive change.

The Commission has come under fire from groups including the All-Party Parliamentary Group for Gambling-Related Harm, which has repeatedly said it was “not fit for purpose”, while reports from the National Audit Office and Public Accounts Committee found it was severely under-resourced to regulate the industry. A report from the Social Market Foundation, meanwhile, argued that the Commission should be replaced by two groups: one to handle licensing and compliance issues, and another to deal with customer protection.

“There are some who question the Commission’s approach but complex issues – and gambling related harm is a complex issue – require a wide range of perspectives and participants to solve them,” he said. “There are no silver bullets here. It’s easy to come up with great soundbites – but real change takes hard work, collaboration and innovation in lots of different areas.”

It will soon announce the results of a consultation on game design, which included proposals to ban auto-spin and “losses disguised as wins”, where a player receives messaging implying a win, despite winning less than their stake.

The conference formed part of a two-year programme of work from the Money and Mental Health Policy Institute with the aim of encouraging the financial sector to reduce gambling harm.

The programme was funded through a regulatory settlement that formed part of a penalty from an operator for a breach of the licence conditions and codes of practice.