The UK government has officially launched the long-awaited review of the 2005 Gambling Act, with stake limits, the role of the Gambling Commission and new ad restrictions to be considered. 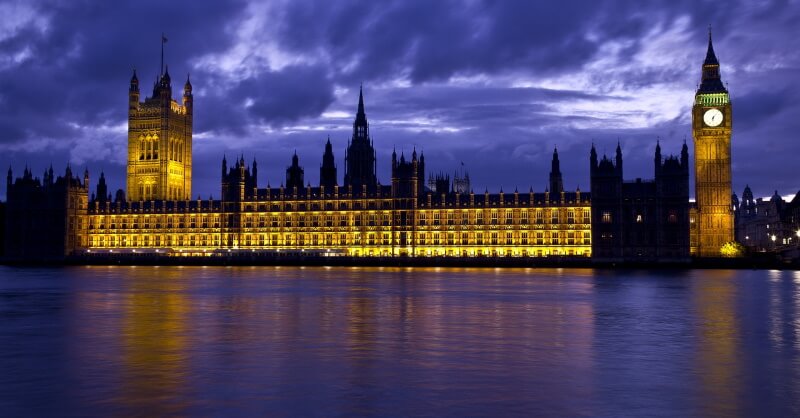 Meanwhile the minimum age to play the National Lottery will be raised to 18, due to what the government described as “significant change” in the way it is played.

The Department for Digital Culture, Media and Sport (DCMS) has already launched a call for evidence, which will look into stake and spend limits and new rules around advertising and bonusing, as well as additional protections for younger adults. This call for evidence will run for 16 weeks, until 31 March 2021 and its findings will inform planned changes to the 2005 Act.

“The findings will be used to inform any changes to the Gambling Act 2005 to ensure customer protection is at the heart of the regulations, while giving those that gamble safely the freedom to do so,” DCMS said.

The Commission has faced criticism from bodies including the National Audit Office and Public Accounts Committee, which have said it was under-resourced, and the All-Party Parliamentary Group on Gambling-Related Harm, which repeatedly called it “not fit for purpose”.

The review will also look into “the action customers can take where they feel operators have breached social responsibility requirements” if, for example, inadequate interventions were taken.

This – combined with the review of the Commission – may suggest DCMS is examining the concept of a gambling ombudsman. Groups including the Social Market Foundation have argued that an ombudsman should be created to deal with consumer issues, allowing the Commission to focus on licensing.

While DCMS did not say loot boxes in video games were part of the review, it noted that the Government launched a call for evidence on the matter in September.

Secretary of state for digital, culture, media and sport Oliver Dowden said the gambling industry has changed greatly since the 2005 Act, making a review necessary.

“While millions gamble responsibly, the Gambling Act is an analogue law in a digital age,” Dowden said. “From an era of having a flutter in a high street bookmaker, casino, racecourse or seaside pier, the industry has evolved at breakneck speed.

“This comprehensive review will ensure we are tackling problem gambling in all its forms to protect children and vulnerable people. It will also help those who enjoy placing a bet to do so safely.”

The minimum age to raise the National Lottery will also be raised from 16 to 18 by no later than October 2021. The age limit will therefore not be included in the review, but DCMS will open a consultation on the matter before it comes into effect.

DCMS said raising the minimum age was necessary as the lottery’s games portfolio has undergone “significant change” since its 1994 launch, with more players playing online and spending money on instant win games such as scratchcards.

“We’re committed to protecting young people from gambling related harm which is why we are  raising the minimum age for the National Lottery,” Minister for Sport, Tourism and Heritage Nigel Huddleston. “Patterns of play have changed since its inception, with a shift towards online games, and this change will help make sure the National Lottery, although already low-risk, is not a gateway to problem gambling.”

Dowden also pointed to past action by the Gambling Commission to show the government has been working to increase the level of player protection in the British gambling industry.

In 2018, the Commission announced that it would reduce the maximum stake permitted on fixed-odds betting terminals (FOBTs) from £100 to £2 after pressure from MPs and campaign groups. Last year, it brought in new age and ID verification requirements while in January of 2020, it banned the use of credit cards to gamble.

“This builds upon our clear track record of introducing tough measures to protect people from the risk of gambling harm – banning the use of credit cards, launching tighter age verification checks and cutting the maximum stake on fixed odds betting terminals.”

The Commission has also launched consultations on safer game design and affordability this year, proposing an end to autoplay and quick spin features and the developments of clearer thresholds for affordability assessments.

A consultation on VIP schemes also recently came to an end, with licensees required to carry out enhanced affordability and responsible gambling checks.

The Commission that loyalty schemes may be banned if operators fail to comply with the new controls.

A review of the Gambling Act has long been expected, after the UK’s Conservative Party included plans for this in its manifesto before winning the 2019 General Election.

The All-Party Parliamentary Group on Gambling-Related Harm, the House of Lords, the Social market Foundation, the Public Accounts Committee and the National Audit Office have all released their own reports with recommendations for change to the country’s gambling laws.